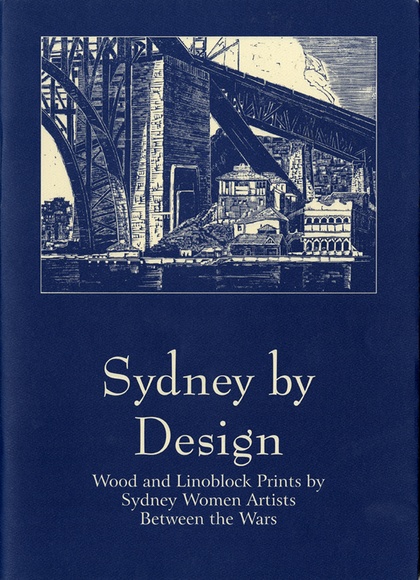 Margaret Preston described the woodcut as 'a friendly little craft'; an art form that took up little space, could be practised with just a few simple tools and could be fitted around other tasks.

The interest in wood and linoblock printing (linocuts) in Sydney was short-lived. Most were produced in the ten year period 1928-1938. The production of these works was almost entirely due to the example set by Margaret Preston and the teaching of Thea Proctor, at the Sydney Art School, and Adelaide Perry who ran her own art classes. Both of these artist-teachers used lino-cutting as a method of teaching design. Almost all the works produced during the period were by their students, the great majority of which were by women.

This exhibition catalogue looks at the work of these Sydney based women and focuses on the way they responded to their environment - their studios and houses, the shops, the city and parks, the Sydney Harbour Bridge, the waterside and beach. As well as the artists already mentioned, the exhibition included prints by Ruth Ainsworth, Ailsa Allan, Joyce Allen, Vera Blackburn, Muriel Cornish, Mary Cooper Edwards, Gladys Gibbons, Isabel Huntley, Amie Kingston, Gladys Owen and Maud Sherwood.