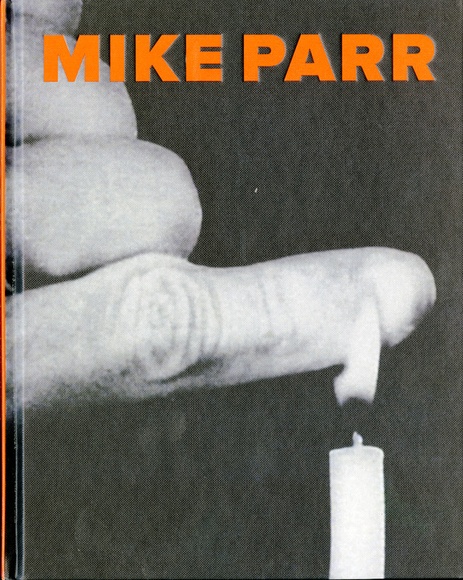 Mike Parr is regarded as one of Australia’s pre-eminent artists with a practice spanning performance, film, painting, sculpture and printmaking. Emerging from a background of conceptual art in the early 1970’s, the probing nature of his word works and psychoanalytic drawings escalated into the provocative performance art for which he is now recognised internationally.

This generously illustrated publication brings together 13 essays by Australian artists, poets, curators and critics reflecting on aspects of Parr’s career. Forming a shifting collection of ideas this volume is an indispensable companion for those seeking to more deeply understand Parr’s insatiably experimental practice.